The lovely Reaper Interactive nominated for this Versatile Blogger Award.  Thank you very much for thinking of me!  Although with the amount of time it has taken for me to get a response post up you may have forgotten you had.

This award suggests that you post 7 facts about yourself and tag some other bloggers for the fun to continue.  A very interesting fact about that is that I find it difficult to think of facts about myself so this has taken a lot longer than it should have.

I go through comfort TV stages

Ever since I was a child I found comfort in my favourites.  Of course back then it was on tape but I used to know some of these tapes off by heart (which really annoyed my parents!).  I still do this. When I was studying I would have them on in the background, now I do this when I am making things, drawing or blogging.  Or just want something to watch obviously! At the moment I’m going back through a Criminal Minds phase and have been watching One Day at a Time as well recently.  When I was struggling the most I found great comfort from Great British Bake Off. There is just something nice about sticking on a favourite and chilling with your favourite characters.

No walk to a park with a pond is complete without going to visit the ducks.  Somehow they make things better. Plus they are adorable. Though I’m usually the one to forget to take any bird friendly seed for them so if they spot me they are often disappointed.  Also fun fact, a few years ago I noticed an injured duck down the road from where I was living at the time. She was a determined little duckie who I had to try to keep out of trouble until the RSPCA came to pick her up and try to get her better.  I don’t think she appreciated my help but she still got it and I still wonder how she is. I hope she fully recovered and was released from the sanctuary that she was taken to. Though I just want her to be happy.

Maybe even more so than when I was a child which was a lot.  It was a major help to me last year when I was struggling the most because I could build something and see progress. I actually like the BrickHeadz figures as well, at first I didn’t know what I thought but after building some of them I found them really nice and relaxing.  Plus having them around at home makes me smile. My favourite Lego set that I have built in the last few years is the BB-8 that now sits on our coffee table. Though if you knock him off his stand that isn’t quite so fun! Lego has a magical quality and touch. To think every set begins as a combination of bricks, most of which are fairly standard and yet can create so many different things.

It’s weird, I thought I would but I loved the first two.  The last one ended poorly with my mental health and me dropping out so maybe that one out class as regret but even still I met some amazing people because of it.  I learnt skills that I find useful and actually quite cool to know from these degrees. Even though my life has taken a detour and I can’t see me going back to what I did before it was worth doing it in the first place.  At least I believe so now, even if mainly for the people I met and for having some more confidence and life experience.

I once got rejected from volunteering

I tried to get some volunteer work in a charity shop and was not even given an application form for it because I had no retail experience.  Yet this particular charity shop had been advertising for at least a month before I went and quite some time after looking for volunteers.  I now have retail experience but back then I gave my volunteer time to another charity that wanted my time and effort (admittedly this role was not in a charity shop).  It was one of my earliest experiences with the frustration of job requirements.

I am clumsy and can drop anything

You know Chandler in Friends, well I relate to him on the dropping front.  In fact one coworker has compared me to him whenever we do games where catching is involved.  I now celebrate when I do catch something in these! I used to play Netball and was never this bad but things have clearly changed.  One day I will have confidence in catching things again however for now unless you want me to drop it do not throw something to me.

A childhood dream of mine was to become an artist 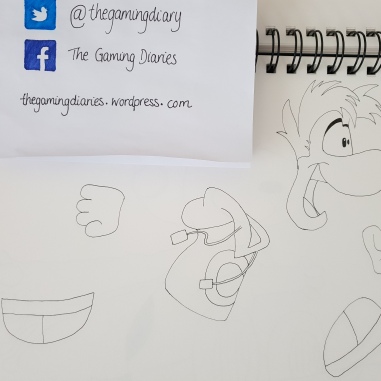 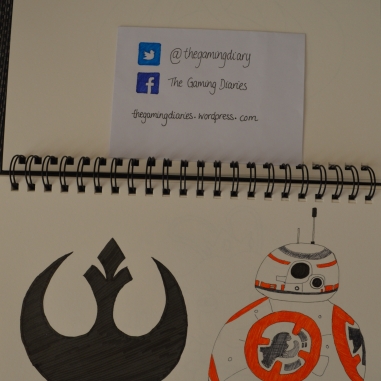 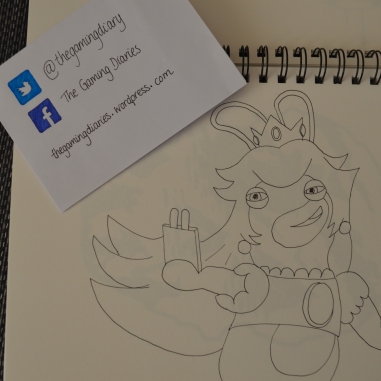 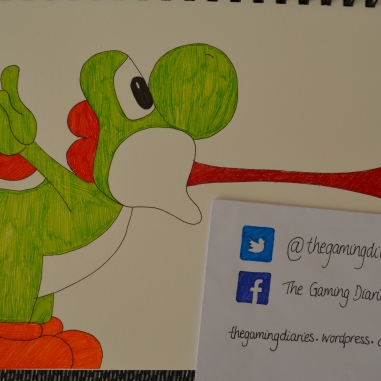 I think we can agree that I am very out of practice with drawing, nevermind painting or other art related things.  However, attempting Inktober last year did get me to start drawing again and I was pleased with the final outcome of some of the drawings.  When I was younger I used to dream of becoming an artist but to me there was always someone more talented, more confident or just better at the whole art thing with talent able to transcend different mediums.  I also realised that being an artist is tough at least if you want to do it as a career so I went another direction, which has then gone in another direction again. It can still be a hobby and I think I might start to actually post some of my artwork again if I do pieces that I am happy with.

If anyone wants to take up the challenge of coming up with 7 facts about yourself then please consider yourself tagged.  To be honest I would love if you carried this on but I have no idea who to tag.  Be sure to tag this post so I can check it out!