Memory is a funny thing. We rely on it to know what we have done, times spent with friends and family, achievements and about a hundred quotes for English essays that are forgotten the second you leave the exam hall (and insert whatever you need to know for any other exam, formula for Mathematics and Chemistry, definitions for Biology and so on). In amongst all that there are those song lyrics that you don’t even remember that you remember until suddenly the song is in your head and you can’t get it out of there. On top of that, if you are anything like me, you have memories of your favourite games from childhood. 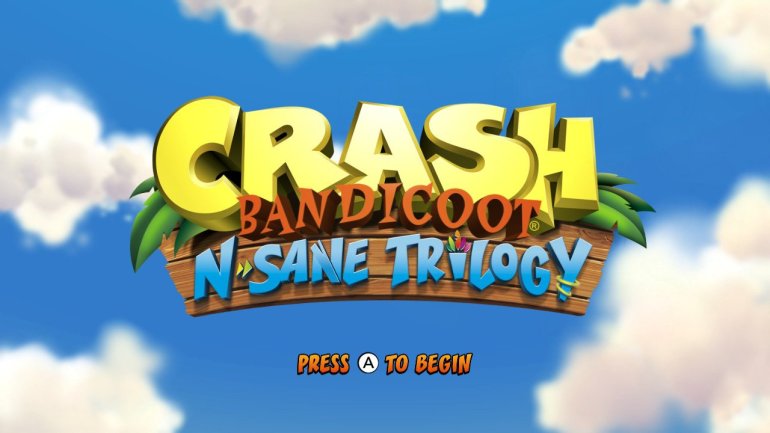 Crash Bandicoot has recently come crashing into 2018 with an update to graphics and some changes to the physics of the games with the release of Crash Bandicoot N-sane Trilogy onto Xbox One and Nintendo Switch in June 2018, a year after the release on PS4.

The funny thing is I know the graphics have been updated. I know they have. I have seen the comparison images, I have seen the start bit of this version which has original Crash turning into shiny new graphics Crash. I know this. However, in my head this N-Sane trilogy is exactly as it was back in the 90s.

Nostalgia and rose tinted glasses definitely combined in my mind. Plus my childhood memories and the fact that as I child I probably filled in a lot of the blocky sharp edges of 90s 3D graphics into rounded figures. But this is the same Crash Bandicoot to me.

Coming back to Crash Bandicoot I have realised how poor (and sometimes excellent all at the same time) my memories of these games are. They were 90s games, they were in that fond age where the graphics were almost in an awkward development stage essentially like the graphical equivalent of puberty. But I remember Crash Bandicoot being as he is now because I imagined him as this, because I could take the leap of faith to what the design and most importantly because they have kept the essence of Crash Bandicoot. The essence of the characters as well as the levels. The grass is now grass rather than another texture but the overall look is just feels the same (and through my nostalgia tinted lenses they look identical). I love my adventures back in Crash Bandicoot and look forward to continuing on to Crash Bandicoot 2 and Warped when I get through to the end of the first game as fully as I can.

The other thing I realised is my nostalgia and rose tinted glasses have clouded my memories of the difficulty levels of these games. I have only been playing the first game so far but it is far more difficult than I remember as a child. Possibly in the sense of history is written by the victor and I completed these games and played and replayed them as a child so I remember the fun times and not the frustrating times. That said, I remembered Hog Wild and Boulder Dash (really, really well actually). These levels are pretty stressful, however, I did so well on them compared to Sunset Vista, for example. A traditional platform level caused me more pain than the levels where you have no time to think and you just have to jump and hope for the best. It is perhaps telling that those levels are the ones that I have the gem for all boxes smashes and the platinum relic without too many attempts. I think I may have played these levels a few times as a child. They were reassuring and enjoyable to revisit. I enjoy them so much.

As I go back to either cry, scream, stumble my way or breeze through a level (three of those may be more likely than the fourth) I realise how much I truly appreciate the opportunity to play these games again, as an adult, for the first time with graphics that are basically standard these days.

It’s like playing an old favourite for the first time again. That isn’t something that we get to experience often. It’s magical. Now give me time to reacquire my skills.

Has anyone else been playing Crash Bandicoot N-sane Trilogy? How does it stack up for you?

17 thoughts on “Crashing Out Of Nostalgia”