June has been a hard month mentally but I took some good steps I think. I posted about my struggles, and I’m so thankful that I did as it made me feel like I got something out. It didn’t make things easier but it was something. I have been trying to plan a few posts in the few clear writing times I have, hopefully in July I will have one post a week as that means I am still taking time to write regularly. Admittedly so far I have exactly none of these posts written but I have plans. Anyway, so what have I been playing this month? 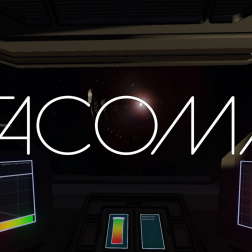 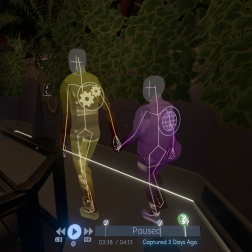 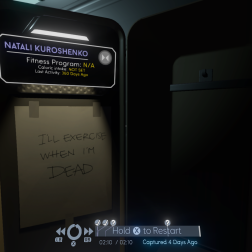 I completed Tacoma (Xbox One). This is a great game where you can be a fly on the wall to conversations that had happened. I really enjoyed that you could hear what was going on and see what each of the characters were talking about and who they were talking with. The were little clues which you needed to find to progress. It was really fun and is made by the same people who made Gone Home which I also loved. 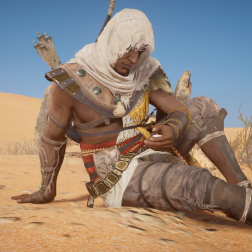 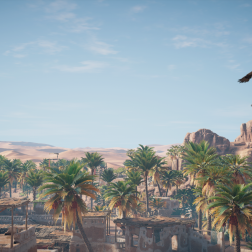 A view in Assassin’s Creed Origins

I have mainly been playing Assassin’s Creed Origins (Xbox One). I want to complete it before Odyssey comes out so started diving back in. I have been mainly doing side quests so I can level up as much as possible. At the moment I’m at level 37 and at the stage of the game where you can, if you progress with the main missions, get information on the Scarab, Hyena, Crocodile and Lizard (recommended levels between 18 and 25). Yes I will be slightly overleveled for these since I have been avoiding main missions to try to do side missions and explore the things on the map.

I also decided that since we got a PC desk and monitor, with the PC set up again I would try to use the monitor with the Xbox 360 so I could use the Kinect again. I know it would maybe be more sensible if I used the PC for gaming for the first time in ages but the Kinect called to me more. I love dance games for the Kinect and it has been ages since I managed to play any. So I had bought Just Dance 2018 (Xbox 360) whenever it was and never played it until this month. I had great fun. I have to say the song Beep Beep I’m A Sheep was my downfall the first time I played as after a lot of dancing the bit where you bounce on the ground was so unexpected and after that it was my quitting point. I’m also meant to be doing more exercise as a exercise helps mental health thing, this was the first time I had managed it. I want to try to play dance games, of which I have a selection, regularly again.

I have also played a little Pokémon Quest (NS). I can’t say I have played this much yet, but it is quite enjoyable for a little bit at a time. I want to see what I can get to. It took me a little bit to work out the controls (I think I was being a bit slow) but will try to keep going when I can.

Last game to mention. One I play regularly but I don’t mention here. Pokémon Go. Yes I still play this and the only reason I mention it here today is that I caught a Mew this month so very happy with myself there. Especially trying to get that excellent curveball throw since I’m not great at that combination.

Maybe in July I will have played a game on the PC since it is possible again. Maybe I will have progressed with the main story in Assassin’s Creed Origins though I have lots of areas still to explore. What have you been playing this month? Any plans for July gaming (also hello Crash Bandicoot N-sane Trilogy!)? Let me know in the comments.